Starkey Flythe, Jr., lifelong resident of North Augusta, was one of the most diversified, distinctive, and memorable literary figures to come into prominence in South Carolina, and beyond, during the last quarter of the twentieth century.

Educated at the University of the South (Sewanee) and the University of Georgia, he went on to serve stints as a U.S. Army officer (with duty in East Africa) and, at various times, as an English teacher (principally in Beaufort, North Augusta, and Greenville, South Carolina; and in Augusta, Georgia). In 1971 he moved to Indiana as senior editor in the re-founding of The Saturday Evening Post (which had gone defunct in 1969). There he became engaged in supervising the publication of most of the large-format, popular-culture books that the Post produced during that decade. He also edited Holiday and The Country Gentleman

Flythe returned to South Carolina in the early 1980s to focus on his own writing. His poetry, short fiction, and essays, which garnered many honors and awards, appeared in numerous journals, reviews, and anthologies, among them The Southern Poetry Review, Ploughshares, The New Yorker, and New Stories from the South: The Year’s Best (2004). He published two award-winning collections of short stories, Lent: The Slow Fast, 1989 and Driving with Hand Controls, 2011, as well as three books of poetry.

For a generation he became a key figure in the cultural and literary life of both South Carolina and Georgia. Through his initiative in establishing literary organizations and supporting existing ones, participating in writing workshops, leading seminars and conferences, presenting lectures and readings, and just being a friend to writers—both amateurs and professionals—he was a major, but self-effacing, creative force.

Maxine Kumin spoke of the “flashes of vivid insight” in Flythe’s work; Stephen Corey, of his “inimitable voice”; Pat Conroy, of his “precision and natural eloquence,” his “passion.” Writer friend Laurel Blossom said of him, “He was beloved for his wit, his celebratory but wry attitude towards everything and everybody, his encyclopedic knowledge…I wish I could tell you—I wish I could imagine—what the world will be like without him.” 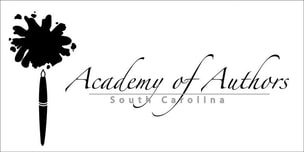